(And, no, by self portrait we do not mean selfies!)

Scrolling through her Instagram you would’ve never guessed she grew up on a farm in England. She’s now based out of LA and uses the city of angels as her playground. Captivated with American cinema from 60’s and 70’s, Nadia Lee Cohen’s photographs and films are genuine visions of saturated color schemes and vintage living at its finest. Cohen often portrays vixenish housewives with flamboyant hairdos from the past to create a staged retro world where there’s more than meets the eye.

Nadia has shot campaigns for MIU MIU, Zizi Donohoe and even a shoot for Katy Perry’s shoe line! She has also directed seductively kitsch music videos from the likes of Kali Uchis to DRAM. (which Bhad Bhabie totally ripped off for her video “Gucci Flip Flops”). Check the links below to compare the videos for yourself.

But hey! If someone like the “Cash me outside” girl felt compelled to recreate Nadia’s brilliance then that should tell you she is really exploding onto the scene. 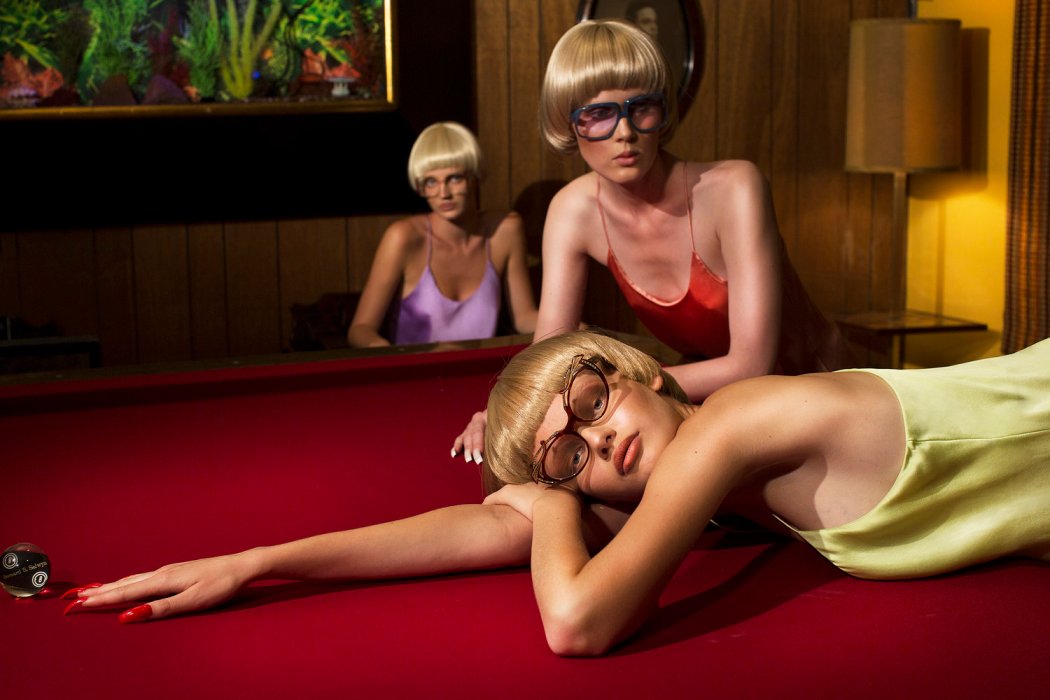 “The movies and art I am interested in tends to feature very strong characters, some of which may not fit modern beauty standards; this is something I am hugely inspired by and try to include when casting for my films and still images.”

Cohen’s work is peculiar yer fabulous, its like a step back into the glamour and cinematic glory of old Hollywood. There is a type of familiarity in her work that leaves you feeling introspective and possibly a little uncomfortable. Through her satiric shoots we see how she uses the bold aesthetic of advertising to explore the duality of women. Cohen gives us visual narratives that reveal odd characters mid-action in every day ordinary scenarios. 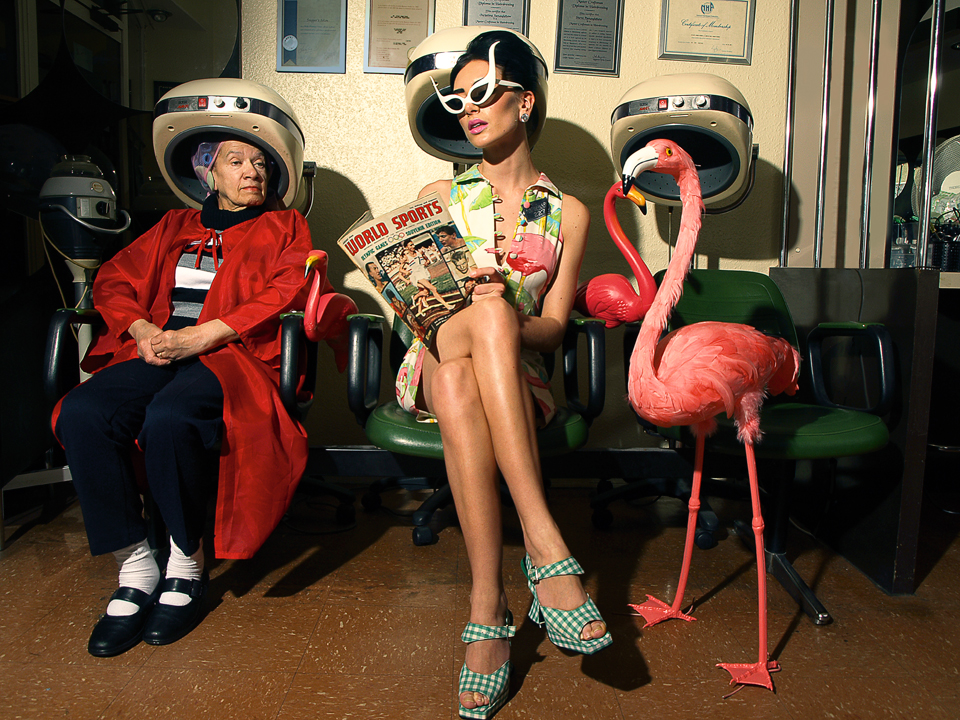 “I’ve never been into “pretty” photographs. I’m drawn to the uncanny.” –

These particular shots were taken in the surrounding area of the Cabazon Dinosaurs near Palm Springs, CA.  (which is super close to my hometown!) 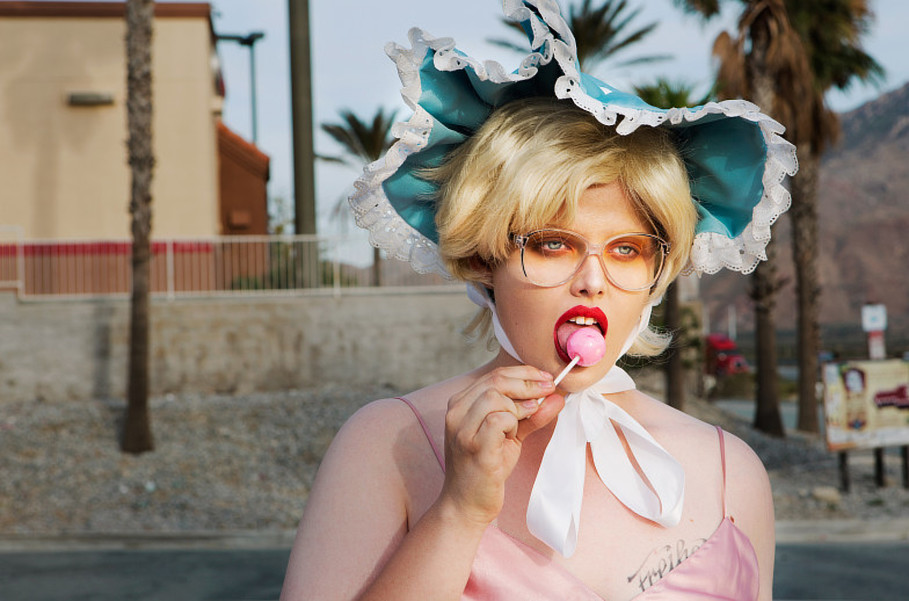 The photo provocateur stated in an interview that she likes to create imagery that verges on being slightly uncomfortable to look at. She prefer to make a point subtly than creating something that overtly offends for the intent of shock factor.

You just can’t look away! Everything from the colors, the borderline bad fashion, and of course the fabulous wigs have me obsessed!

Cohen creates an alternate universe through the lens, a hyper-surreal world, where everything is almost identical to our own, but it doesn’t feel right .

Ultimately, Cohen’s dream is to make a movie one day.

Until then she has released a bizarre short film and series of images titled,

“A Guide to Indulgence”

The project explores ideas of perfection and the absurd measures women take to become beautiful. It follows an eerie group of rubber-masked ladies in a very lavish and luxurious mid-century style home seductively doing chores and socializing at dinner parties. It all seems fun and dandy but the eyes behind the masks haunt you throughout the film. The filming took place in the scorching but chic Palm Springs,CA. I feel shooting in P.S gives the film a unique cinematic quality being that it used to be a major hangout spot back in the day and it seems to occur in the retro 50’s era. A.G.T.I is all about the details. You will get an eyeful of gaudy jello molds, pink velvet boudoirs, and satin-clad models.

Cohen takes our society’s quest for beauty and perfection to an unsettling extreme, depicting a group of women with grotesque, make up visages. Their looks are meant to be exaggerated (cue the masks) but they oddly bring to mind plenty of women (and men) with plumped up, surgically altered faces. Guess who!

Dripping in luxury and monochromatic sets, the three minute montage will not only have you reconsidering your interior design choices, but will have you questioning your own beauty norms.

Nadia’s fascination with seemingly boring, seemingly perfect American middle class suburbia is a huge influence on the film as seen on the photos from this series. 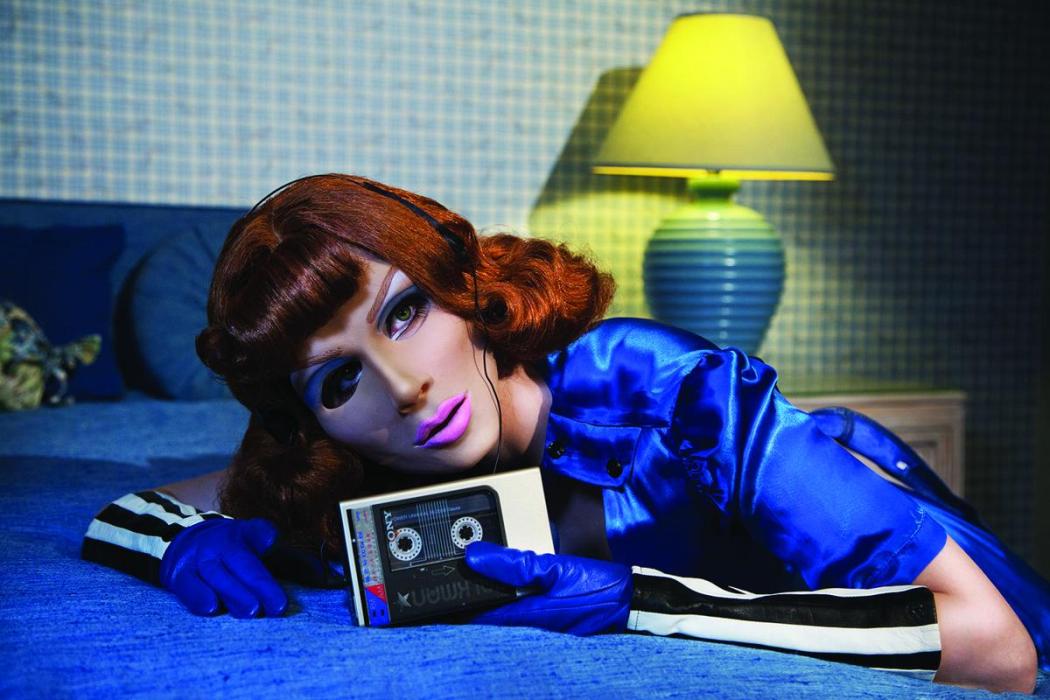 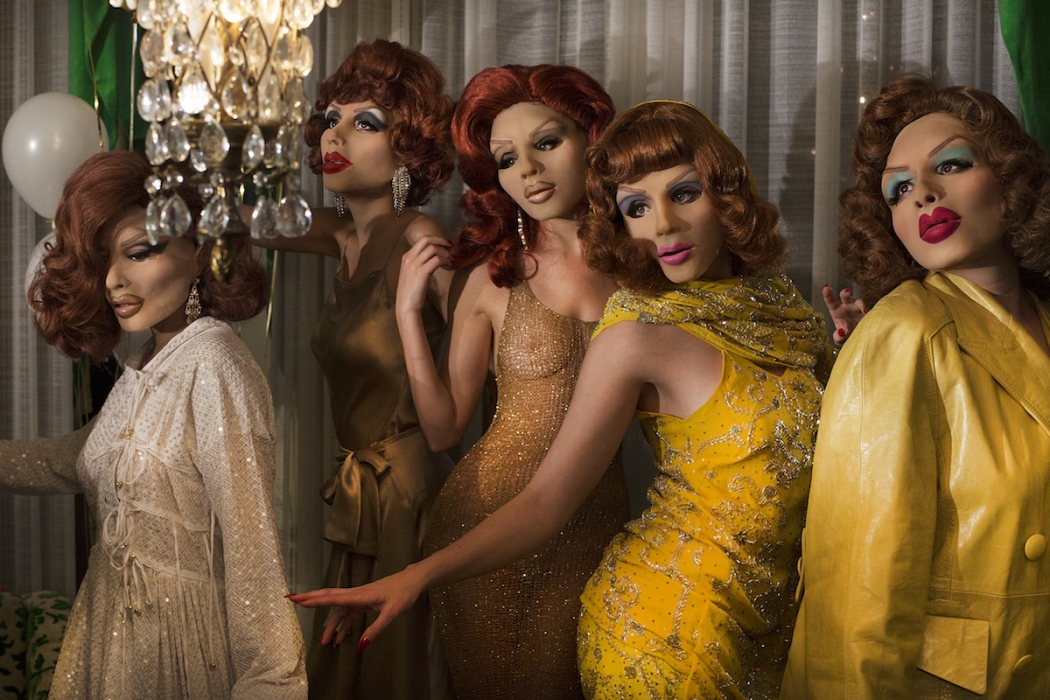 I wanted to create a satirical world in which the female inhabitants have pushed their appearances into cartoonish, extreme representations of femininity.[It] hopefully subtly exposes the cracks beneath the surface…the music, the “darting eyes” beneath the masks and the subtle word play puncture an environment that unless scrutinized appears entirely perfect. -Nadie Lee Cohen

The short film blurs the line between beauty and monstrosity, aiming to illustrate perfection as ridiculous. In today’s society we are constantly pressured to strive for perfection thanks to social media. With every scroll and every feed that is refreshed there are more and more photos of filtered photo-shopped personas. It’s not just social media,  its also magazines, movies and the beauty ideals that have been forced onto us as children. It’s nice to see that there has been a growing “self love” movement and women and men are starting to empower one another and accept themselves. I’m on my own journey to self-love and it’s definitely not easy but with artists creating content like this and as the shift towards embracing your unedited self is becoming more prominent, it no longer feels unobtainable.

If you take anything from this article, even if you don’t watch the film, just know you are unique and you don’t need to look a certain way.

*Disclaimer: I do not own any of these photos. please note that all images and copyrights belong to their original owners. no copyright infringement intended.

Sensitive indiviual with too much on time on their hands with access to high speed internet.